Repetitiveness in Time and Space

Repetitiveness of patterns is expressed in both spatial and temporal domains.

One of the most outstanding spacial patterns are snow crystals.

In snow crystals symmetry is evident around all axis of the shape.

Repeatability also indicates that a certain pattern can be part of

a "bigger' formation, or a pattern within a pattern.

The snow flake arrangement is a remarkable example

of NonRandomness in nature.

Another outstanding expression of NonRandomness is observed in maintaining a consistent alignment of distinct elements,

as exhibited in patterns of flight formation of birds.

The V - pattern of flight contains

within it all the members of the group,

where each individual member of the group must have

‘awareness’ about own place within the formation to fit within the pattern.

The benefit derived from pattern formation

An explanation about the pattern of migrating birds suggests that forming a pattern and changing leadership leads to a benefit for the whole group:

purposes. First, it conserves their energy. Each bird flies slightly above the bird in front of him, resulting in a

reduction of wind resistance. The birds take turns being in the front, falling back when they get tired. In this way, the

geese can fly for a long time before they must stop for rest.

The second benefit to the V formation is that it is easy to keep track of every bird in the group. Flying in formation

may assist with the communication and coordination within the group. Fighter pilots often use this formation for the

Repetitiveness of patterns implies their emergence into existence (for a certain period of manifestation), and then their withdrawal into nonexistence – in a repeated manner.  The simplest observation of this oscillation of pattern's manifestation (along the time scale) is perhaps the emergence of the weather's four seasons.  The example of the four seasons shows a regular repetitiveness, but various other patterns of occurring phenomena - do not show cyclic or periodical occurrence.

The observation of appearance and disappearance of phenomena (in time) is a pattern on its own, and it is manifest both in the physical realm as well as in the mental domain.  For example, the mental phenomenon of anger behaviour follows a recognizable pattern of expression when it emerges - but then it would not last, and goes into disappearance:

"Consider how, when we are in the grip of a powerful emotion, such as anger,

this expresses itself in our entire being--our glaring expression, raised voice, tensed body

and so on. When our temper cools, the anger disappears. What has happened to it?

We know anger still exists somewhere within us, but until something causes us to feel angry again,

we can find no evidence of its existence. To all intents and purposes, it has ceased to exist."

Eastern philosophical perspectives refer to the phase of nonexistence of phenomena as being a temporary withdrawal into latency, or into the realm of potentiality.  This means that a dormant tendency we formed has the potential to re-emerge again (whenever triggered by conditions).

Nature provides us with all kinds of patterns. But the pattern of emergence (birth) and withdrawal from reality (death) is the most general of all patterns.

The Certainty of NonRandomness 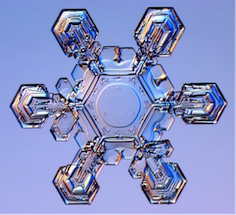 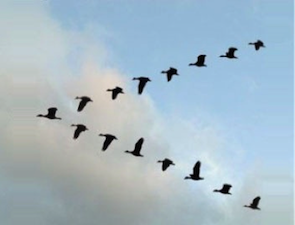